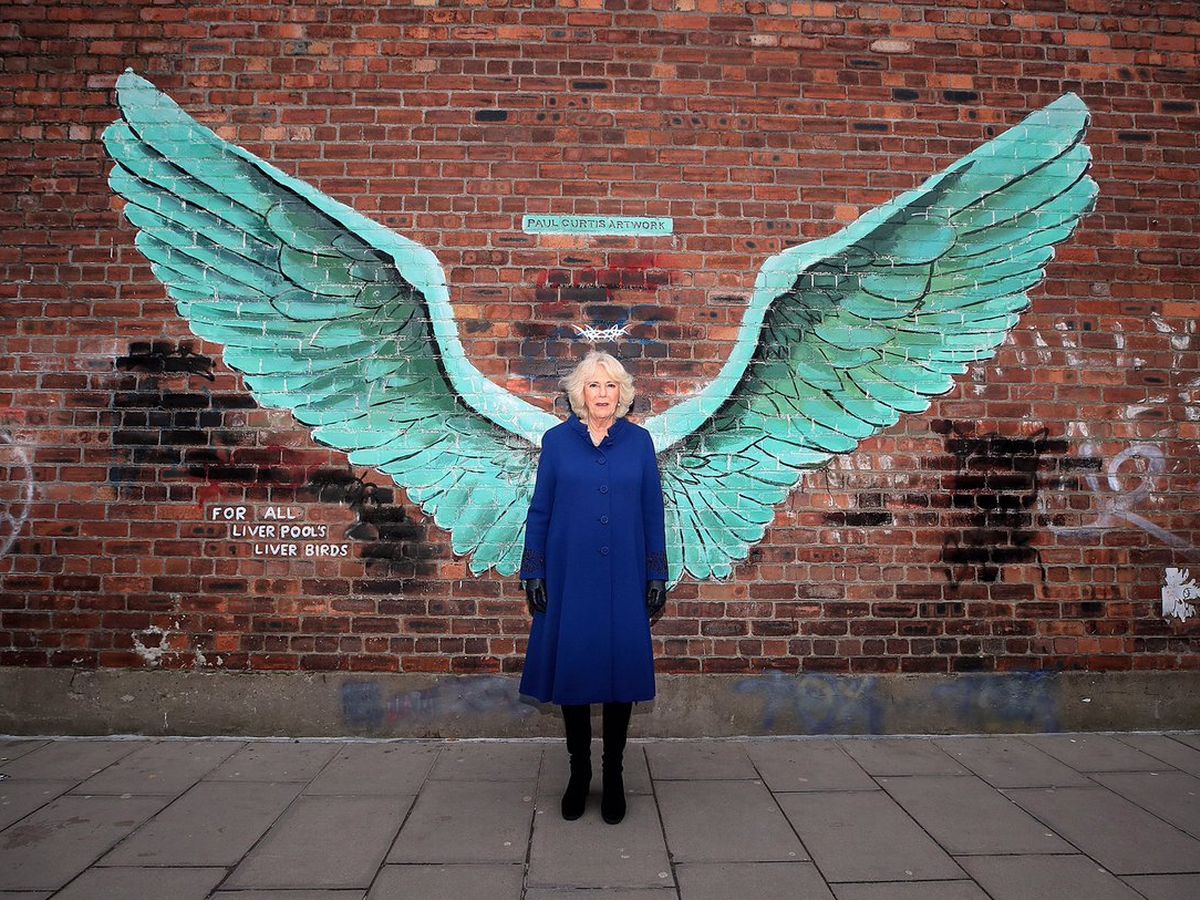 The Duchess of Cornwall has posed up in front of the Liverpool Liver Bird wings in the Baltic Triangle.

Camilla, 71, was in the city as part of a joint visit with Prince Charles, and while he stopped at the Albert Dock and the Marie Curie Hospice , she took a look around one of the trendiest parts of town.

The wings are known as one of the most “Instagramable” spots in the city and has become a social media sensation.

While the Duchess was there, she spoke to its creator Paul Curtis before posing for a few snaps.

After her flying visit, Paul told the ECHO: “It’s all a bit bizarre, it still hasn’t sunk in a little.

“For me it’s an honour to have someone like that notice the wings.”

Located on Jamaica Street, the mural has seen a wide variety of people posing for the perfect selfie, in what has been described as “the best place to take your new profile picture.”

Creator Paul was formerly a geologist who after being made redundant decided to become an artist.

“I was going to do a really big one but the wall owners said it might only be up for the next six months so I did a smaller one.

“When I started designing it, I thought how could I make it unique and settled on the colour and wings of the Liver Bird.

“I wanted to do something people could interact with and make it a bit of fun.”

Return to News
We use cookies to ensure that we give you the best possible experience on our website. Find out more.